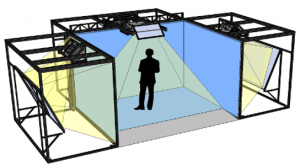 Below are suggestions from a workshop we were invited to run at the Royal College of General Practitioners annual meeting in October 2016.